A Stroke Under Observation 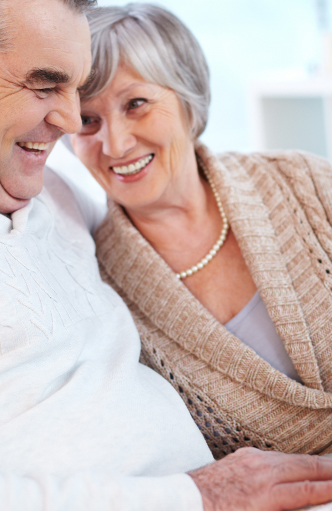 My husband, Dan, came home from work on December 23, 2014 and as is our fashion, I asked him about his day. As he began to relate these details, it became evident that he could not find the words to tell me about it. We were both perplexed. Then, he hit me with another bit of news. He remarked, “When I read my emails, I can’t see the whole sentence. There are pieces that are missing.” That’s when my heart dropped!

With that information in hand, we jumped into the car and I drove frantically to the ER. After a cardiogram revealed no heart attack and the relevant CT scan and MRI were ordered, we began the 3-hour wait to see the doctor. The doctor’s assumption, based upon a prior stroke (CVA) 7 months earlier and his symptoms, was that he had a mini-stroke or TIA.

The testing revealed “no change” but TIA’s do not typically show upon testing. His prior stroke affected the Basal Ganglia area of his brain. Symptoms of aphasia (word finding), and the organization of speech were some of the symptoms associated with this type of stroke and many others. An overnight at the hospital was no surprise. After waiting for a bed until 10PM, Dan suggested that I go home and come back in the morning. This seemed to make sense and I departed the scene.

Advocating for the Right Care

When I arrived the next day, the case manager greeted me. She proceeded to tell me that my husband was “under observation.” That is when my composure went out the window! My caring wife role was replaced by my assertive Care Manager advocate. I demanded that my husband’s status was to be changed to “in-patient.” He could not have understood the form he signed the previous evening after my departure!

Shortly, the orders for a discharge were signed, sealed, and delivered. But, we were not going anywhere unless we had a document in hand that proved my husband was an in- patient. His primary nurse claimed that she was leaving for lunch; I suggested that without this document printed out she would be spending her lunch time with us! Both the nurse and I agreed that if we left the hospital without documentation, we would never see it.

Recently, Medicare recipients who require a hospital stay are placed under observation rather than admitted as an in-patient. The party line is that doctors need time to evaluate their status. Here’s what it means to you:

CMS (Centers for Medicare & Medicaid Services) established this program as part of the Affordable Care Act and added section 1886(q) to the Social Security Act as of October 1, 2012. As a result, Medicare recipients who return to the hospital within 30 days of an inpatient stay for the same diagnosis force hospitals to incur penalization for this readmission.

Observation status patients are not considered in-patients. Consequently, they have never been admitted into the hospital. The use of this criteria means that hospitals will not be penalized if the patient returns in less than 30 days. This serves the hospital but could compromise the patient financially and eliminate an opportunity for rehabilitation services due to the prohibitive cost of such care.

Dan is doing well. His neurologist suspects that the TIA diagnosis was incorrect based upon his symptoms and his observation of Dan’s status. He believed that the symptoms were from a more benign cause. As for me, I often think of those unsuspecting patients in the new Observation Unit at the hospital. I wonder how they will feel when the bills start coming in or even worse, when they are unable to receive rehabilitative services. I wish they all had a Care Manager who could educate them and advocate for their health care while also protecting their pocketbook!

Having a certified patient advocate on your side can make a big difference in the care your loved one receives. Don’t make decisions alone! Schedule a free consultation with Complete Care Strategies to learn more about what we can do for you and your loved ones.

Beverly Bernstein Joie is the founder and president of Complete Care Strategies, a senior care management company serving Philadelphia and its surrounding communities. A Certified Aging Life Care Manager with more than 20 years of experience, Beverly has worked in senior care since 1994, both in assisted living communities and in private practice. She is a member of the Aging Life Care Association and was a former president of the Philadelphia Chapter.

Complete Care Strategies consists of care managers, specialized human service professionals, who advocate and direct the care of seniors and others facing ongoing health challenges. Working with families, its expertise provides the answers at a time of uncertainty. Along with its licensed home care division, it can help clients safely remain at home under the watchful eye of skilled professionals. Families are afforded an integrated model of care that, with guidance and advocacy, lead them to the actions and decisions that ensure quality care and an optimal life for those they love